Student Group Travel To Boston: Performance Trips That Are Educational! 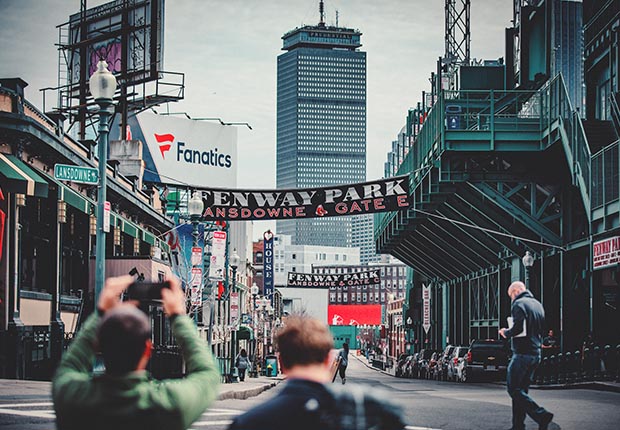 If you are looking for a great performance destination with a historical twist, then Boston is an ideal choice for your student group trip. Bands, choruses, orchestras and dance ensembles have fantastic performance options from which to choose, where audiences are in abundance. Plus, your students will gain a real and vivid life education of the history of America and where it began. Known to many as the birthplace of the United States, Boston is one of America’s oldest cities steeped in history beginning with the Puritans who, in 1630, founded the Massachusetts Bay Colony to the Boston Tea Party and the American Revolution. Known as the Walking City, student groups will have fun learning about American history in Boston. This vibrant, thriving city is renowned for its world-class museums, historical sites, monuments, educational institutions, delicious food, signature shopping, fantastic entertainment and professional sports. Boston not only retells the powerful stories of our nation’s past, but is willing to accommodate and entertain student groups as few other cities can. Student group travel to Boston is educational, both musically and historically!

Three of the most popular performance sites in Boston include the Boston Conservatory, Faneuil Hall/Quincy Market and Six Flags New England.

The Boston Conservatory, the oldest performing arts conservatory in the nation, offers student performance groups an award-winning theater that is newly renovated. The Conservatory just recently completed a $32 million, 16-month-long renovation and expansion project that effectively adds 16,000 new square feet of rehearsal and performance space to the building, as well as a completely renovated, state-of-the-art 300-seat theater with new orchestra pit, air conditioning and a host of technical upgrades and accoutrements. Conductors are constantly raving about the incredible acoustics within this theater.

At Faneuil Hall/Quincy Market, there are numerous locations for your school band, orchestra, choir or dance ensemble to perform in the most historic location in Boston. Your ensemble can perform outdoors where thousands of people shop and dine each day, giving you a large audience. Faneuil Hall/Quincy Market is one of the most visited historical attractions in Boston.

The historical aspects of Boston are fascinating. Boston is both an indoor and outdoor museum of history and architecture. As part of your itinerary, you and your student group should include the Freedom Trail. The Freedom Trail is 2.5 mile walking tour through Boston that takes groups around 16 significant historical sites including:

Guided tours are available for student groups. However, the Freedom Trail is well-marked and can be self-guided. To obtain guides for your group, The Freedom Trail Foundation offers maps and other resources for educators at www.thefreedomtrail.org .

Opening Soon: Scheduled to open June 25 in Boston is the Boston Tea Party Ships & Museum. Most of the museum will be located on a barge anchored next to the museum pier on the Fort Point Channel. In addition to state-of-the-art technology, the museum will have actors dressed in period clothing and the original Robinson Tea Chest that was thrown into the Boston Harbor on Dec. 16, 1773. Students will have the opportunity to throw a tea chest over the sides of the Beaver, Eleanor and Dartmouth, replicas of the original ships involved in the Boston Tea Party.

Other Historical Sites in the Boston Area

Don’t forget to include historical sites around Boston including Lexington and Concord, where the great patriot Paul Revere is best remembered for his ride through the countryside warning the Minute Men that The British are Coming! Lexington and Concord are also known as the first sites of battle in the American Revolution as well as the site of the Old North Bridge where the American militia defeated the British soon after the shot heard round the world was fired.

Just north of Boston is Salem, a town known for the Salem Witch Trials, one of the darkest episodes in American History. Salem is a fascinating town that features The Salem Witch Museum which takes students back to Salem in 1692. The museum offers a dramatic history of the Witch Trials and witchcraft, bringing the past into a present day perspective. In addition to the museum, a tour of the House of the Seven Gables, complete with a hidden staircase and history of Nathaniel Hawthorn, will inspire students imaginations.

Lastly, a trip to Boston wouldn’t be complete without a short jaunt south along the coast to Plymouth. Here students can view Plymouth Rock where the Pilgrims first landed in 1620, experience the Mayflower II, and visit the living outdoor history museum, Plymouth Plantation. Known as the site of the first colony, Plymouth plantation recreates life in a Wampanoag Indian village and a 1627 English settlement and how they co-habitated. Students will gain a fantastic education of Native American and Colonial history.

Overall, Boston provides performance groups with fantastic performance options and a historical education about the American Revolution. In addition and not even mentioned in this article are other fantastic attractions like the New England Aquarium, the Museum of Science and whale watching excursions. Unlike any other city, Boston provides student groups with unlimited attractions, museums, historical sites, monuments and performance sites. As one can see, Boston has it all!

For over 20 years, Kaleidoscope Adventures has organized performance and historical trips to Boston for thousands of schools. We are experts in booking student tours and specialize in planning complete travel services for any student group. We plan everything from A to Z, thus giving you peace-of-mind. We even give you a tour director who helps you every step of the way during your trip.

Put your trust in us to meet all of your student travel needs. Why not give your group an exciting performance/historical trip to Boston and its surrounding areas? Let us bring your classroom to life and create lasting memories for your student trip.